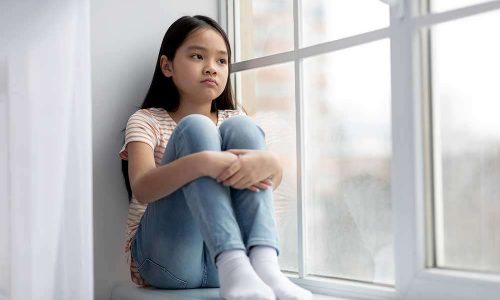 What is the root cause of Asperger's depression and anger?

Severe cases of Asperger’s anger can occur during teenage years and its outcomes can be very saddening. There are many causes for these disorders and we will look at them further below.

The psychological disorders of Aspergers that can occur during adolescence are divided into two major patterns.

② Second. Intermittent Explosive Disorder (IED). Cases of IED can appear as violence against parents, violence against friends, sometimes at school the child is unable to contain their anger and express their anger. The root cause of this anger and depression is anxiety and fear. The two responses of anxiety and fear can be anger and/or laughter. A person who is an extrovert usually first expresses anger and then laughs. A person who is an introvert, mainly expresses this as depression or avoidance, and sometimes anger. After all, the cure is not a cure for anger and depression itself. Fear and anxiety must be treated first

If fear and anxiety are what cause this disorder, prior treatment is required.

What are the causes of Asperger’s Syndrome Anxiety and Fear?

First of all, let’s try to understand neurologically, people with autism have an enlarged amygdala. The amygdala is the part of the brain that responds with fear and phobia. In other words, people with Asperger’s have a habit of thinking that their condition is accompanied by fear and anxiety.

To understand the enlarged amygdala, we should ask is the hypertrophy of the amygdala congenital? Is it acquired? I think it is an acquired hypertrophy, and the reason is as follows.

#Two reasons for the view that hypertrophy of amygdala is acquired.

(1) If the treatment goes well in childhood, it will recover to a cheerful, active, and confident child.

(2) Did you know that the thing that autistic people fear the most is <people>?

People with Asperger’s Syndrome prefer to observe and respond to objects rather than people. This is because their understanding of people is fundamentally reduced. Therefore, because their way of understanding the world is different, they can be criticized and antagonized and this leads to frustration, depression and anger.

So to summarize this point for people with Asperger’s this can be a very unique and interesting outlook on life, but at the same time, it can also be a very terrifying existence. When we work towards getting rid of anxiety and fear, that is when anger and depression reduce and can be recovered from. Anxiety and fear disappear only when we increase our understanding of people. Depression and anger can be cured only when they are treated in a state of restoring the senses to see and hear properly.