Can we expect Autism cured or an optimal outcome? 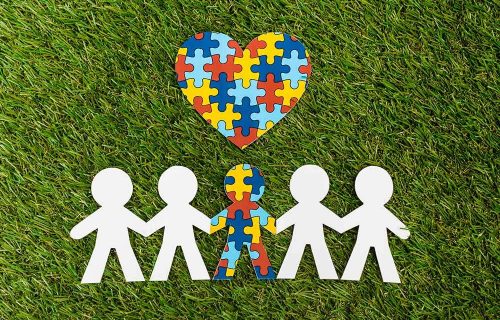 Many years ago, like most doctors, I thought autism was an incurable, congenital disease.

However, while treating children with autism to improve their eye contact, I experienced a fundamental change in children many times. The children began actively imitating, observing people’s facial expressions, and expressing curiosity. This could not be explained other than ‘getting out of autism.’ Looking at those children who quickly overcame autism, I became convinced that ‘autism is a curable disease.’

I presented articles, videos, and books claiming the possibility of curing autism, but severe criticism poured out through the Internet, mainly from patient associations. My family also disagreed with my claim. Even my wife, a colleague researching and discussing the social development of children with autism, was suspicious. She advised that it is way too far to talk about the “possibility of a cure” when everyone in the world says there is no cure for autism, although she understands my expectation.  I could feel the mistrustful eyes of people and therapists. An oriental medicine doctor insisted on the possibility of a cure?  They probably thought of me as a cheater or maybe an idiot.

I was tired of the criticism and distrust around me, and I found a cowardly breakthrough. This is the so-called ‘optimal outcome.’  Deborah Fein,  professor of psychology at the University of Connecticut, coined the term ‘optimal outcome., she described 34 people diagnosed with autism before age 5 but no longer met the criteria for the disorder years later. She defined the optimal outcome as a state of IQ within the normal range, outside the criteria for autism diagnosis, attending regular school, and forming normal friendships.

Professor Deborah Fein gave me a kind of justification for avoiding criticism of my argument. I could say it is possible to functionally get out of autism and back to normal regardless of whether there is a neurological change or not, which is a genetic factor that causes autism. Since then, for a long time, I have been using the term ‘optimal outcome’ when specifically expressing the term ‘autism cure.’

And much time has passed. In the meantime, I have experienced countless children recovering to the standard category. Now, I think it is time to use the term cure to mean recovery to a non-autistic state. Autism is a disease that can be cured, and the goal of treatment is to achieve complete recovery.

Watching the process of children with severe autism healing and back to the standard category, I am more convinced that the changes in children are not just functional changes but fundamental improvements in which from autistic children to non-autistic children.

The younger the children were, the more often they improved without leaving any trace of autism. Even a child with autism among twins has better pragmatic language and better social development after treatment than a non-autistic twin brother. It is not possible without neurological changes in the brain.

The optimal outcome, Deborah Fein stated, is a term with a functional and educational meaning. It was not complete healing or complete recovery.  Although autistic symptoms remained, very high-functioning children could reach an optimal outcome through education.

But there is a gap between complete recovery and optimal outcome. When young children with autism reach a state of full recovery from autism, they quickly get the state of an optimal outcome. However, older children do not reach the biological age level after being cured.  They remain at a mental age of 4 to 5 years old.  In order to get the level of their peers for these children takes a much longer time.

I am a medical interventionist. I recognize autism as a curable disease, and I can clearly say that we can expect a complete cure. The optimal outcome is the goal of therapists educating and managing children with autism through behavioral intervention. I am not satisfied with the optimal outcome, and it cannot be my goal.

Autism is a unique cranial nerve disease. If there’s an autistic child I can’t fix, I think it’s just my problem for which the solution is still incomplete. And I believe it is my mission to learn again through children who have failed in treatment and to develop the treatment method endlessly.

Recently, more and more people are trying to cure autism with a biochemical approach, and mainstream medical people use the term “cured autism.” I feel a strong sense of camaraderie.  Now, even those around me do not oppose my claim to be cured. It may be because they have watched countless cured and improved children.

I am sure that changes will be continued over time. Little by little, more people openly provide information about their experiences and help me. I hope parents who have successfully escaped from autism and have successfully undergone treatment will confidently talk about their experiences in the public forum. That will be the fastest way to get out of the fear of autism for many parents.