Autism can be cured only with nutritional supplements. So what could be more important than nutritional therapy? 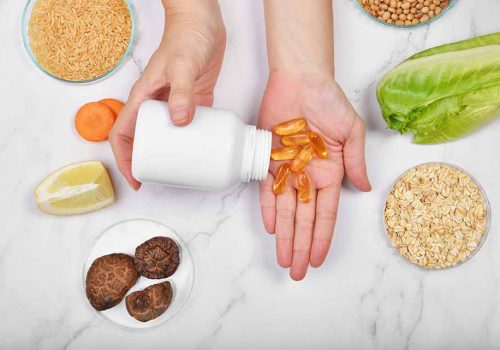 There seems to be a trend in autism treatment as well. Several treatment protocols are popular and then disappear again. However, recently, a very desirable trend has been evident. It is an attempt to cure autism through intestinal flora treatment fundamentally.

It is a very welcome phenomenon for me, who has argued for a long time that more than intestinal immunity makes brain immunity, which is “one of the critical causes of autism”. Considering the reality of not being able to distinguish between autism treatment, education, and training, this is a step forward.

But it’s not just something to be happy about. The concern is also significant because a clumsy fad is worse than nothing.

[Functional medicine approach] is often the primary treatment for those who try to treat autism through intestinal flora recovery. It is a method of taking close to 10 nutrients while feeding lactic acid bacteria after conducting an intestinal bacteria test using feces, urine organic acid test, hair test, delayed allergy test, and genetic test. This biomedical treatment developed in the United States is applied in Korea under Functional Medicine Therapy.

It’s a very cautious story, but I’ll share the history of functional medicine in the United States as long as I understand.

-The beginning of biomedical therapy-

The trend toward treating autism with biomedical therapies has been formulated in the United States by Dr. DAN: Defeat Autism Now. They have produced countless research results and disseminated various treatments. The efforts of DAN doctors have fostered hope that once autism becomes a treatable condition. But the conclusion is, unfortunately, a failure. The treatment protocol they had been announcing has now stopped, and the DAN Doctors meeting has been disbanded.

There may be many reasons, but the fundamental reason is that the treatment presented by DAN doctors has failed to conquer autism. What is the decisive cause of that failure? Among the nutritional supplements they adopted as treatment, no single supplement showed consistent and reproducible therapeutic effects. It was a reality that only a slight improvement of about 20% had to be acknowledged rather than treated.

Among the protocols created by DAN doctors, the most reproducible treatment is not nutritional therapy. Instead, it is a gluten-free, casein-free diet. This is a treatment that parents experienced and shared even before DAN doctors introduced nutritional therapy. It was the GFCF diet and the ketogenic diet that produced consistently high therapeutic effects. This is a very natural result.

Altering the balance of gut bacteria is primarily influenced by what people eat. Nutritional therapy that improves antioxidant and detoxification effects does not treat the cause but only assists in the recovery of metabolism in an already damaged mechanism. In other words, it is not an approach that can reach a cure for the cause. Eating lactic acid bacteria will not help unconditionally. In my clinical experience, lactobacillus therapy without diet often aggravated the symptoms of children with autism.

This is the achievement and limitation of biomedical treatment conducted in the United States for nearly 50 years. At this point, I would like to point out only one thing. I am not against the trend of treating autism with the help of functional medicine. However, never “avoid treatment prescribed only with nutritional supplements without diet. ” Keep in mind that diet is more important than nutritional therapy.

Little by little, such attempts are appearing. My approach is also in the flow of new shots. I plan to prepare a little more and fully disclose the treatment hypothesis and protocol, I think. We look forward to continuing the efforts of DAN doctors and moving forward with completed treatments of autism