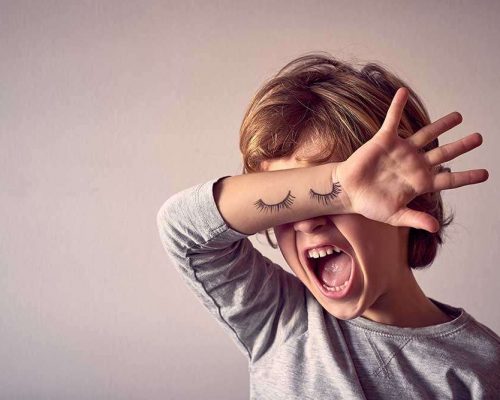 Causes of growing irritability and solutions In the process of treating children with autism.

There are cases in which parents stop treatment or discipline their children harshly due to misunderstandings. This is due an increase in irritability after treatment of symptoms for autism.

In fact, parents who start treatment and then stop or severely scold their children often make this statement: “my child’s condition has gotten really bad. Lately, he/she’s become really annoyed. It’s really nice to see that my child’s eye contact has improved, but they have become too irritable and nervous.”

Often in these cases the parents have misunderstood the cause of the child’s irritability as ‘exacerbated autism symptoms’.

However, you need to know the ‘social meaning of irritability’ here. Autistic children are generally more irritated by people, not objects. This is a sign that an autistic child wants something. Children with autism are methodologically immature and express irritability when they increase their awareness of people and start social communication. In other words, it can be said to be an expression of rudimentary interaction to express that there is something that they want.

How to deal with increased irritability in children with autism? So, how do you deal with increased irritability that could be mistaken for worsening autism symptoms? You should first think about how to identify and deal with a young child who is talking to you in frustration. Think of infants and young children expressing their opinions through crying. When parents observe and try to understand their children this creates opportunities for conversation and interaction.

How to deal with increased irritability in children with autism – steps

(1) You must first understand the cause of your irritation. Being able to solve the problem is only possible if you understand what your child wants.

(2) Try to accept their irritation and frustration interactively. Listen to what the child wants and sublimate the interaction.

(3) If you don’t know the cause of your child’s irritation, you should sympathize with your child. Acknowledge their feelings. Do not react with irritability yourself or discipline your child.

When does increased irritability in autistic children disappear? An increase in irritability that can be mistaken for symptoms of autism, when will it go away?

Of course, it will be difficult for parents who are observing their children with these behaviors, but it is also very difficult for the irritable children themselves. Annoyance begins to adjust at the right moment. When a child is irritable, how can the child give up on the interaction if a negative parent’s reaction persists? It works together with autism symptom improvement and irritability can be controlled within one to two months. There can be an increased ability for the child to discern what can and cannot be gained through irritability. It also increases the number of alternative ways to communicate without being irritable. When autistic symptom treatment is started, if eye contact has improved but irritability has increased, it should not be mistaken for worsening autistic symptoms. Please be aware that increasing irritability in children is a belligerent reaction accompanying social development.