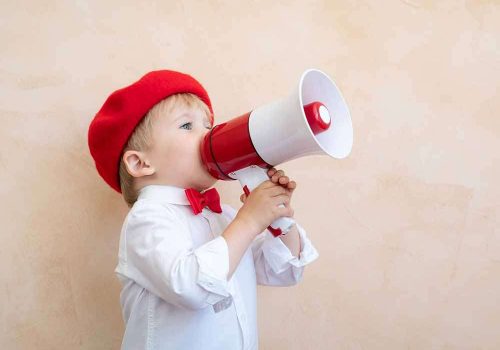 Parents often get confused about the difference between autism, developmental disabilities and language delay and because of this early diagnosis and treatment is often missed.

In this article we will look at ways to distinguish between a child with autism and a child with simple language delay.

I frequently hear this statement from parents “I just thought my child was late in development. I didn’t think it was a developmental disability or autism.” It is. Common rationalizations for this are:

They also say “my child is smart even if they do not speak.” Children with developmental disabilities and autism often like books and can appear very smart.

There are many children who can read letters and numbers and as a result of this many people think that the child is developing normally, they think that just because the child is slow in speech and seemingly normal in other areas that they are not developmentally disabled or autistic.

​It can be difficult to distinguish because children with autism often learn to write quicker than neurotypical children. As a result of parents’ assumptions diagnosis and the opportunity for early treatment is often missed. Because of this it is necessary and very important to know whether a child is a late talker, has a developmental disability or is autistic.

​
There are two ways to distinguish between simple speech delay and autism. First, you can tell them apart by looking at the chid’s facial expressions. Children with autism are not only slow to speak, they are generally less expressive. On the other hand, children with simple language developmental delay are mostly expressive.

​
In the case of children with autism, the neuromodulation ability to move the articulatory organs from the cranial nerves is impaired. Tongue and facial movements are controlled by the facial nerve (facial muscle, inner 2/3 of the tongue), glossopharyngeal nerve (throat muscle movement control, salivation, taste behind the tongue), and sublingual nerve (muscle control of the tongue). In many cases, damage often occurs at the same time. The child cannot speak well because they cannot move their tongue well. Not only that, the movement of the facial nerve is also slowed, so it makes facial expressions difficult to execute.

A second way to distinguish children with autism from simple speech delay is to look at the development of nonverbal communication. Parents usually focus only on the language and talk about the state of the child’s speech. In relation to this it is important to look at the patterns, types and flows of language development. In the order of language development, non-verbal expression develops first, followed by development of verbal expression. In other words, gestures, facial expressions, and emotional vocalizations develop first, followed by verbal vocalizations.

​
When this distinction is made and if the child does not have a simple language delay, it is necessary to quickly seek a professional diagnosis. When you seek consultation it is better to find a place that specializes in the treatment of autism or developmental disorders rather than a general speech therapy center.

By having a clear understanding on how to distinguish between simple language delay, developmental disability and language delay occurring in children with autism you will not miss the opportunity for early treatment.