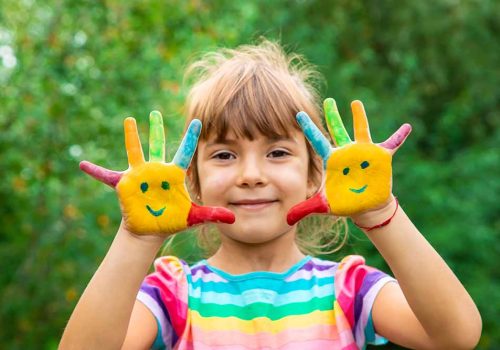 When treating children with autism, there are often cases in which the child improves to an average developmental level, and no more treatment is required.  I use the term ‘graduation’ as a joke. It is pleasant to hear that a child left the therapy room to go to school.

Today, I will introduce the story of a ‘graduated‘ child Young-ho.  Youngho started treatment at the late age of 5; he was a child with autism spectrum disorder with severe language delay and almost no spontaneous speech.  He received speech therapy for 18 months before coming to me but had no speech development.

Youngho had challenges in social development due to severe sensory processing disorder, and I thought that this caused a language development delay.  We excluded traditional speech therapy and started my protocol with sensory enrichment therapy and DIR floortime.  As a result, spontaneous language increased rapidly.  Last year, he entered an elementary school, and yesterday I heard the good news that Young-ho is doing well.

I strongly recommend DIR Floortime as a speech therapy intervention for children with autism. Even in the United States, many speech therapists provide the Floortime approach. The child can make sounds and develop a natural language by doing the floortime. According to Dr. Greenspan, who established ICDL, the premise of speech therapy is social development. In other words, functional speech therapy can be effective only when sociality development is performed correctly. Greenspan emphasized that encouraging social interaction should precede first before providing functional language stimulation to children with autism.

I think the language disorder of autistic children is caused by <social disorder + oral sensory disorder>. In many cases, the oral sensory disorder was the fundamental cause, and some did not have the motivation to use language if they were comfortable with sensory processing. When these two problems were solved, there were often cases where the sentence was suddenly uttered without any intervention. At my autism clinic, the speech therapist prioritizes social development by floortime rather than directly using traditional therapy.

Language problems in children with autism are, in essence, execution disorders. Children have the inherent neurological ability to speak. Even autistic children, no matter how severe their language impairment, may suddenly be able to say a word or two. They are simply mute or silent when words are needed. Because of this, the child can utter a few words if intense pressure is applied to execute the language. However, when intense pressure is applied to induce speech, the child can only make an autistic speech, like a robot.

This is not the natural language development we expect but to teach mimicry to speak. When a child socially develops, there is a genuine desire to speak; at this time, very natural facial expressions appear with proper language. I believe that the emergence of such language should be the goal of treatment for the language development of children with autism.

I heard that in some places, coercive methods are used for speech therapy for children with autism. Regrettably, it is used as a treatment method that repeatedly exerts pressure to make verbal utterances, even if not coercion.