Is Autism curable or not? 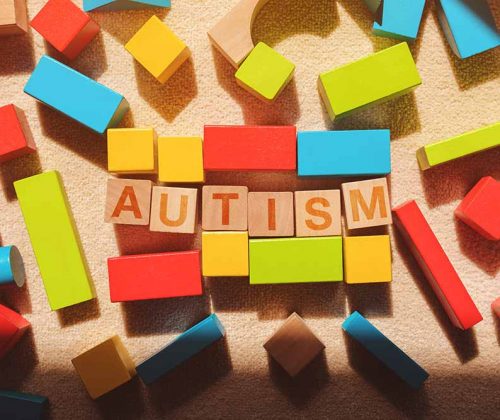 𝟭. The Difference Between Disorder and Disease
Autism is often referred to as a ‘disorder.’ Autism Spectrum Disorder or Autism Spectrum Disorder. It is a word that refers to a functional disorder or mental disorder that appears without an unknown cause.
If you cannot sleep for an unknown reason, it is classified as a sleep disorder; if you blink for an unknown reason, a tic disorder; and if you are depressed for an unknown cause, it is classified as a depressive disorder. In the end, autistic disorder means that the cause is unknown, but still, people have a disability in social interaction that cannot communicate with people and are immersed in a world of their own. When defined by DISORDER, doctors usually give up on treatment and treat patients only with the goal of management.

On the other hand, there are diseases that are classified as ‘diseases.’ This is a word used when the cause of the disease is obvious. For example, a cold or corona caused by a viral infection is infectious. Types such as rheumatism and thyroid are autoimmune diseases caused by autoimmune inflammation. Injuries caused by injuries are classified as traumatic diseases. In the case of a disease, modern medicine generally has a treatment or knows how to control it. Therefore, the doctor can explain the treatment plan to the patient with an explicit treatment prospect.
Unfortunately, autism is classified as a disorder, not a disease.

𝟮. Despair from the word disorder
As the expression DISORDER is translated as a disability, it creates an unbearable sense of fear for Korean parents because it is a term that reminds people of disabilities such as cerebral palsy, gait disturbance, and visual impairment. When a child is diagnosed with autism, it is a feeling of hopelessness that the sky is collapsing. I think this will be the same regardless of the East and the West.
However, from a medical point of view, DISORDER does not necessarily mean irreversible disability, so parents have no reason to be afraid in advance. However, when diagnosing DISORDER, the doctor cannot suggest a definitive treatment plan but only recommends symptomatic approaches that control only symptoms.
For example, sleep disorders are fed sleeping pills and only put to sleep by medicine. Depression only improves mood by increasing the amount of serotonin, which makes you feel happy. When it comes to attention disorder, you feed arousal components that cause extreme tension, which causes overstrain in everyday life. This is not a cure. Because when you stop taking medicine, the symptoms will return soon.
There is no symptomatic medicine itself for autistic disorder. If it shows overexcited or aggressive tendencies, there is no therapeutic help other than strong sedatives. The only advice doctors can give is that ABA is recommended as the best for now.
Parents new to autism may believe that if a doctor recommends ABA, it is because ABA cures autism. But this is a complete misunderstanding. Here’s what I think ABA recommends:
“Your child will have to live with autism for the rest of their life. So please train them repeatedly to follow social rules for a better social life~.”
In conclusion, in the mainstream medical system, autism is treated as a lifelong disability classified as a “DISORDER.”

𝟯. Autism is a Curable disease, not a disability.
Many doctors believe that autism is a medically treatable (curable) disease. They are all people who have miraculously cured of autism. Confidence from their own experiences makes them willing to take on any criticism in the world and take on challenges.
I am also one of those doctors who believe autism is curable.
Most doctors who try to treat autism have a clear understanding that autism is an autoimmune disease. It is believed that autism can be cured by removing the cause of autoimmunity and controlling the inflammatory response. The reason why the attempts of various medical practitioners have not yet been unified is that the cause of autism is very complex, and therefore the treatment method must be made complex. For this reason, there is only a difference in the treatment that doctors who advocate autism treatment focus on. Now is the time for such diverse therapies to be tried and reported and to accumulate information on the possibility of a cure. If these efforts are repeated, there will come a time when it will be established as a completed treatment.
To me, autism is apparently a disease curable.
I am arguing that autism is an autoimmune disease resulting from a double infection, a viral infection, and an enterobacterial infection. It is also thought to be a disease caused by a viral infection, the most fundamental cause. Therefore, by blocking viral and bacterial infections and undergoing an autoimmune recovery process, autism shows a rapid improvement process.
If the treatment responds correctly, the improvement only takes a short time to appear. In just two weeks, you can see that their eye contact increases and observation of people increased. And generally, at about 6-9 months, they get out of the autistic aspect and are in a state where they can try and develop social interactions independently. And after that, they can continue the steady improvement process.
Seeing such a rapid improvement, it is clear that autism is not a disorder but a curable disease caused by inflammation. Occasionally, in the case of old age, there is a slow improvement, which is only a limitation of my treatment and not a limitation of the possibility of improvement of autism disease.
I want to make a very clear claim. Autism is a curable disease, not a disability. It is reasonable to rename autism spectrum disorder as autism spectrum disease. I want to say this to parents. Do not be discouraged by the diagnosis of disability. Countless pioneers are trying to get your kids out of autism. Please never lose finite hope and continue to discuss with them.