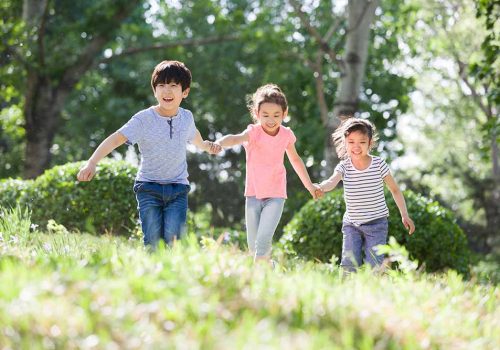 This is a child’s story of healing from autism and intellectual disability after 4 years of my treatment. Today, I said goodbye to his family. His parents confirmed that he is now out of the diagnosis of autism as well as from the diagnosis of intellectual disability, and he is in a ”typical developmental stage” by his pediatrician, an autism specialist at University Hospital.

Whenever I see a child who is no longer in an autism diagnosis, I feel thrilled. Particularly it was special to me as it is scarce to have a family that trusts and follows me for such a long time, like four years.

On average, young children taking my protocol are judged in the typical developmental range within 2 to 3 years. However, this child was unique.  4 years ago, he was a 27-month-old with severe autism who could neither make eye contact nor speak. He started receiving my treatment and made a rapid improvement. Eye contact has been restored, speech has begun, and autistic behavior has begun to deviate radically as usual. After two and a half years of treatment, he could use some language but was still constricted, and structured learning was still tricky.  Parents still had a hard time communicating, and limited interests remained. Social problems were continuously exposed, even in daycare.

Thankfully, his mother believed in me, and I could continue treating him. The Korean herbal medicine and  nutritional supplements with dietary
control were readjusted to make them more effective for cognitive development for a year.  And finally, he got the following result:

The CARS rating was 20, totally out of the autism category.

The WISC rating was 87, i.e., Language comprehension and Fluid Reasoning came out around 100, but the Processing Speed index was remarkably low, so the total came out as 87, which is in the normal range. The working processing speed is the area where autistic children improve the latest. If he gets treated continuously, in about a year, he will get around 100 in WISC.

I want to thank the parents and child for their patience for a long time. Numerous children healed from autism and back to the normal range, but this was the most extended treatment case to come with me over four years.

Many children improve in the first 5 to 6 months, but when the speed of improvement gradually slows down, parents give up treatment, criticizing my protocol for being stagnant. However, through experience, I know that the plateau period is not a period of the plateau but a period of inner cognitive development. After this period, there is a rapid improvement development process.

I want to express my sincere gratitude again to the parents who believed in healing from autism and trusted me despite the extended period. And thank you to the many parents who believe in and follow the process that seems to be stagnant even now.

For a doctor like me who treats so-called incurable diseases, the trust from parents is a great source of momentum. I sincerely hope that more children will be healed from autism and regain typical development sooner or later.