Is milk a nutrient, rather than a toxic for children with ADHD and autism? 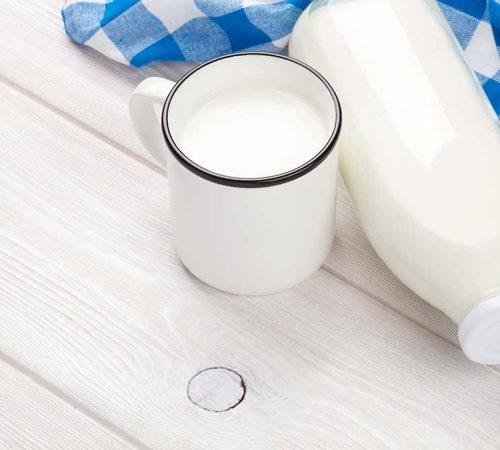 This article will discuss the consumption of milk and its impact on children’s brain development.

Why is it a toxin rather than a nutrient?

Why should milk consumption not be banned in children with ADHD?

​Milk is obtained from cows and has been established as a nutritional food since ancient times.
It is now used in so many places that it is indispensable for food and nutrition.

However, did you know that milk, which is known to many people as a nutritious food can cause negative impacts in children’s brain development?

First, let’s look at the controversies related to milk.

I will tell you about the problems with milk experienced by Dr. Tomato.

In conclusion, this debate serves as a basis for supporting reasons not to drink milk.
This does not mean you have to drink milk.

➜ Is milk an instant food, rather than a natural food?
​
Milk is a food that has been genetically modified from cows and humans.
Cows that produce milk are then injected with growth hormones and antibiotics.
When raising cattle, they feed on non-vegetable grains, such as corn.
Milk constantly irritates the udder causing chronic inflammation.

It is a blended milk, not a homogenous milk.
Enzymes are destroyed by high-temperature sterilization for a long time for long-term storage of milk.

In other words, milk is nothing more than instant food made by borrowing the body of a cow!

➜ Milk is a food that causes inflammation and allergies!

The biggest problem in children’s brain development is a milk-borne chronic inflammation and allergy.
The cause of these problems is <lactose> and <casein>!

Have you ever heard of ‘lactose intolerance’?
The sugar in milk is called ‘lactose’.
If the enzyme that can break down lactose is not enough, it cannot be digested in the small intestine.
Inflammation of the small intestine and large intestine can cause gas, abdominal pain, diarrhea and pain such as bloating. In Korea, 75% of the population has lactose intolerance, which is the lack of the enzyme that breaks down lactose.

Is the ability to break down lactose really stable?

The sequelae of rotavirus infection which are lactose intolerance and inflammatory diseases of the intestinal tract are said to remove the ability to break down lactose.

In conclusion, those with lactose intolerance lack the enzyme that breaks down lactose.

➜ What is the most serious toxin in milk? Casein!

It also damages the intestinal wall and causes brain wall damage.
Casomorphine can increase drowsiness or cause confusion.

​The difference between A1 and A2 beta-casein dairy cows and Korean traditional cow or goat milk is A1 beta-casein, this is the main problem.

In conclusion, although lactose and casein are not directly responsible for autism, they can be a serious exacerbation factor for the development of autism.

Additionally, reports supporting this evidence suggest that children with autism are more sensitive to casein than those in the general population.

It is also believed to be a contributing factor of ADHD!
Because casomorphine produces arousal, it is more likely to cause symptoms of ADHD.

I would like to explain to you what foods contain dairy and casein that can trigger autism and ADHD, and which ones are best to avoid.

Because it tastes so good, there are a lot of foods and snacks that contain milk.
Theoretically it should be fine, but in reality it is not.

You should also be careful with foods that contain sodium caseinate.
Sodium caseinate makes food more unhealthy and has the effect of softening the texture.
It is widely used as a food emulsifier, a key agent and a stabilizer.

In addition to coffee mix, which has been an issue, imitation cheese, powdered cream, baby formula, bread and processed seafood,
It is an additive in processed foods such as meat and milk products, spaghetti, mayonnaise and ketchup.

Taking that into consideration I think about myself and realise that I typically eat a lot of food because it has a good texture and it is easy to chew.

What are the factors that can adversely affect autism and ADHD?

Parents raising children should be aware of the above.
It is recommended to be careful when preparing snacks and food.
​
If you cannot avoid eating these foods – what foods can replace them?

For example, milk made from rice or almonds.
For milk made from almonds, we recommend Kirkland products.
Other products are said to have added refined sugar.

​If your child is a healthy born child, start with A2 milk.
We recommend starting with cheese and yogurt without additives!