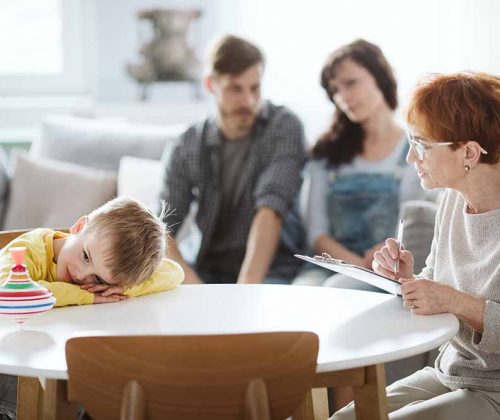 Parents of nonverbal autistic children are impatient. Parents do not hesitate to use intentional therapy to produce speech, no matter how, because they desperately hope that somehow the child will achieve utterance even if it only mimics the sound.

Parents and therapists ask children to mimic their sounds and speak for frequently used words, such as mom, dad, water, cookie, etc. If the child does not make them sound, the parents become despairing, and if the child does, praise follows.  This is a straightforward but highly effective way because autistic children feel pain under pressure, and they react as much as possible. This simple and effective method has been systematized, and ABA, a behavioral therapy, has become the mainstream.

These therapies are based on putting intense pressure on the child and rewarding or punishing them as a result of their performance. The more painful the child is and the stronger the reward, the better the behavior change and the better the speech. Dr. Lovaas, who first established ABA treatment for children with autism, surprisingly even used electric shock. As they were looking for more intensive ways to induce a visible response, they ended up abusing children.

Now, the merciless electric shock inflicted on autistic children is gone. However, the compulsory speech inducement method for forcing children with autism is still used in Korea. There are many ways to apply pressure. Some apply silent pressure with no response or interest in Child; some repeat verbal imitation requests until the child responds. Although mitigated more gently, it is still a violent approach for children with autism.

However, when driven to extreme moments, autistic children make sounds and so-called speech. Most parents of children with autism seem to have had experiences. For example, when they ignore the request for water from a thirsty child for a long time, the child may suddenly shout, “Water.” But when water is given to them, the child often goes back to the silent state of nonspeaking.

If this extreme state is provided repeatedly and continuously, the number of utterances and verbal expressions of autistic children will increase. But I want to ask if this is the right way.

It is clear that if speech is made through such a coercive experience, the child’s language does not naturally improve to a pragmatic ability to share meaning and emotion, but only a robot-like mechanical language function comes out.

This is not a cure for Autism Spectrum Disorder, but simply improving the ability to produce speech. When evaluating autism improvement, the most important thing is not producing language functionally but showing affectively charged non-verbal communication. It is more important to see various facial expressions, affectionate eyes, and affectionate gestures when looking at a mother than imitating the word ‘Mom~!’ An increase in meaningful and enriching interactions between people is essential.

The right approach to making children produce language should be done naturally and most humanely rather than forced.